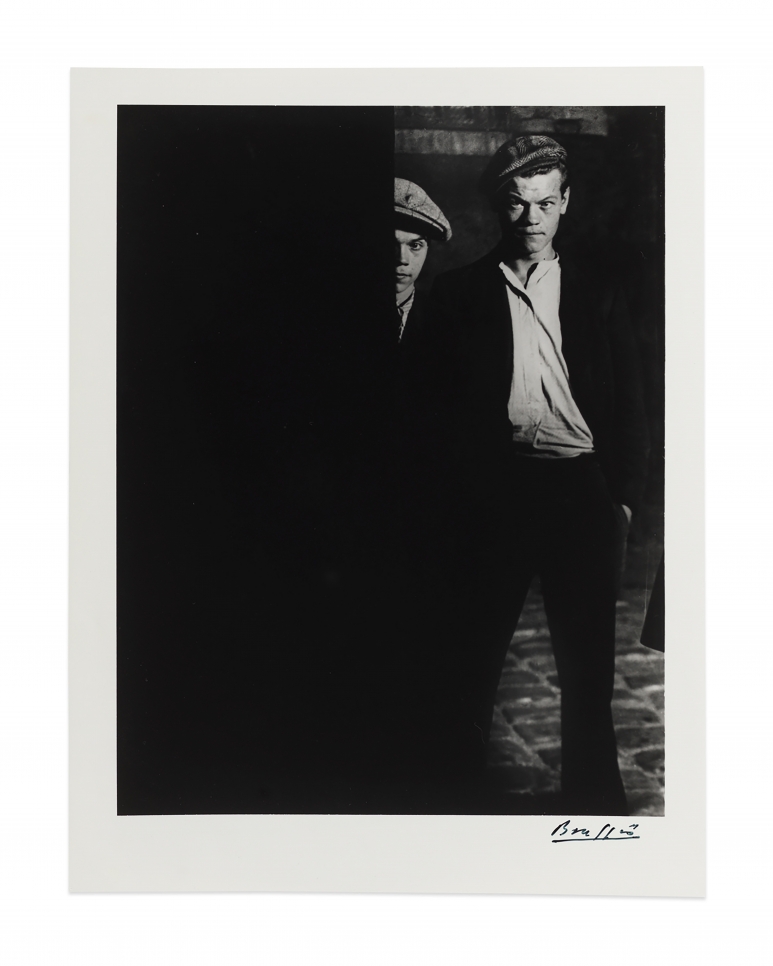 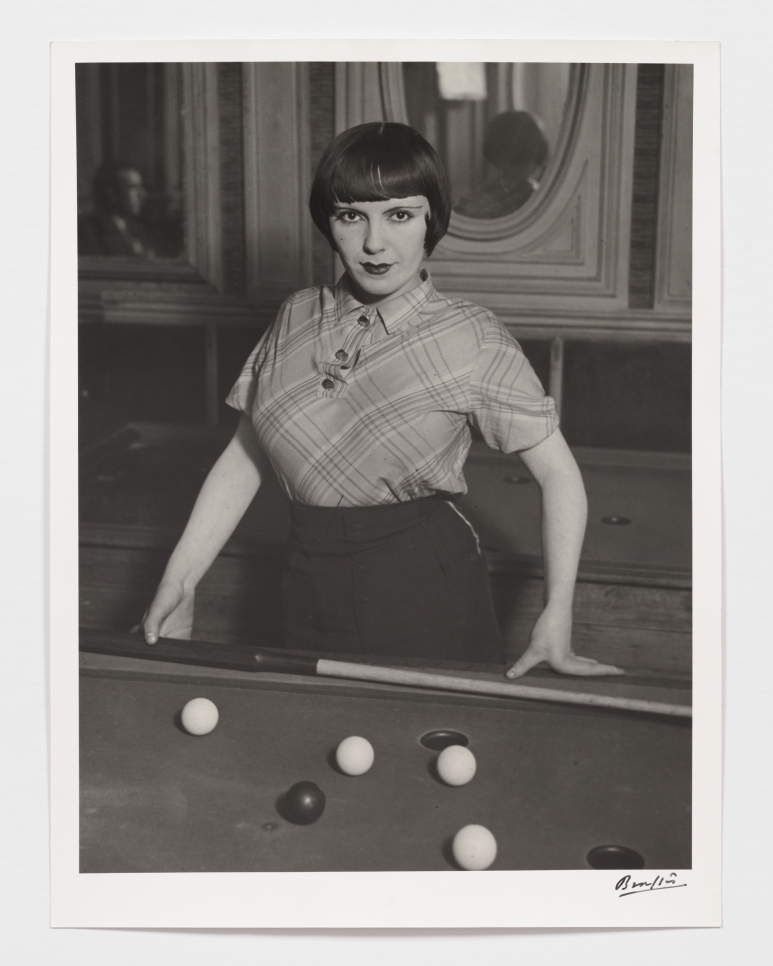 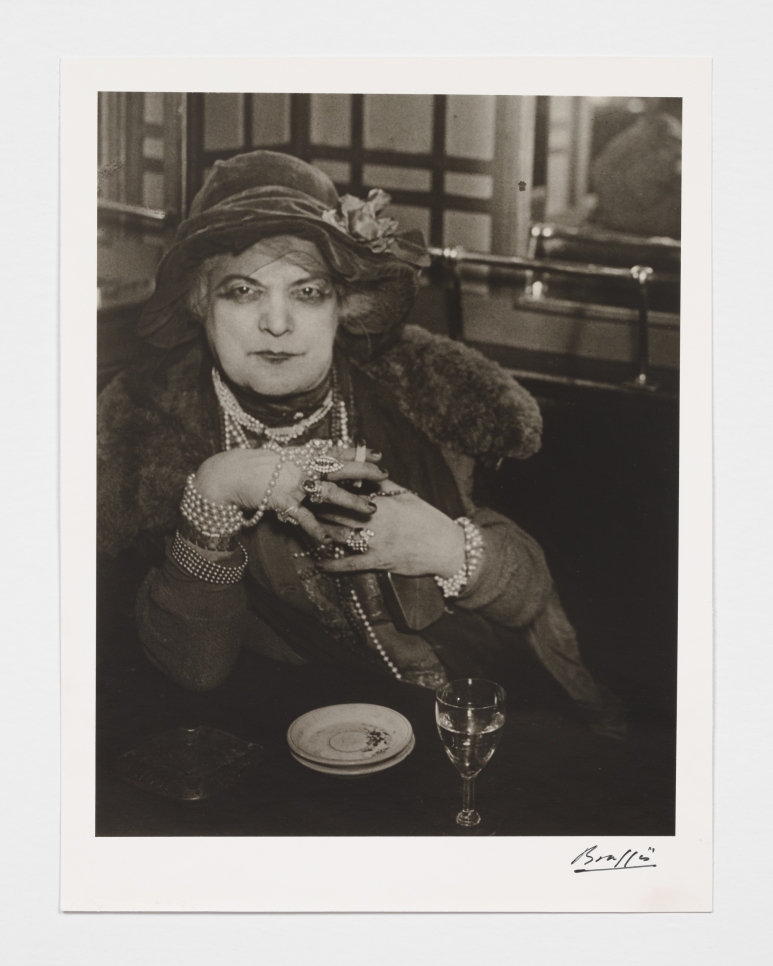 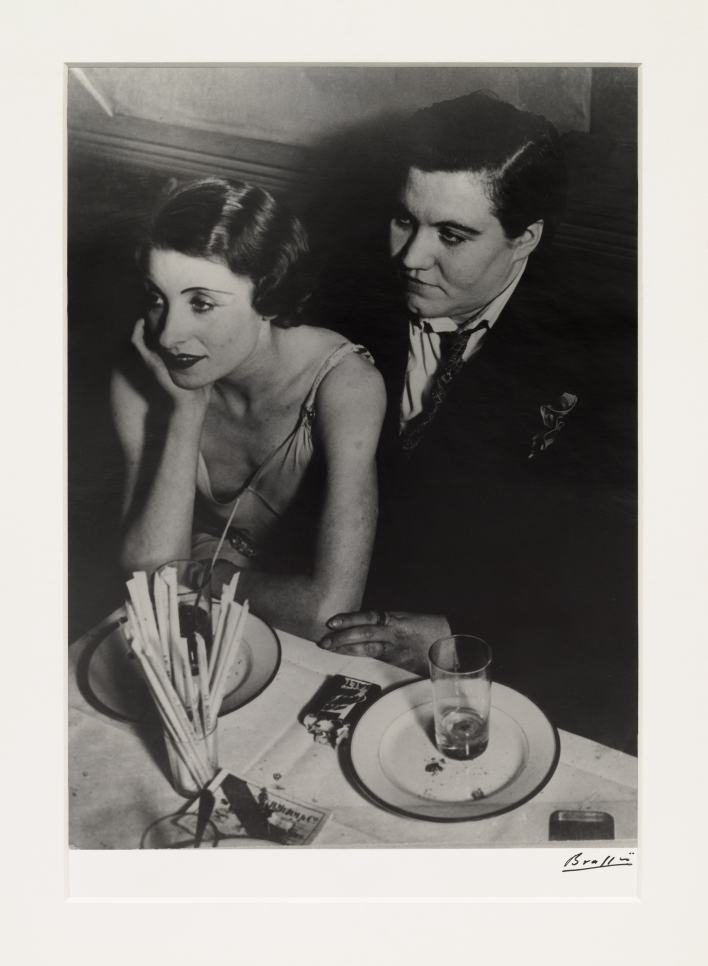 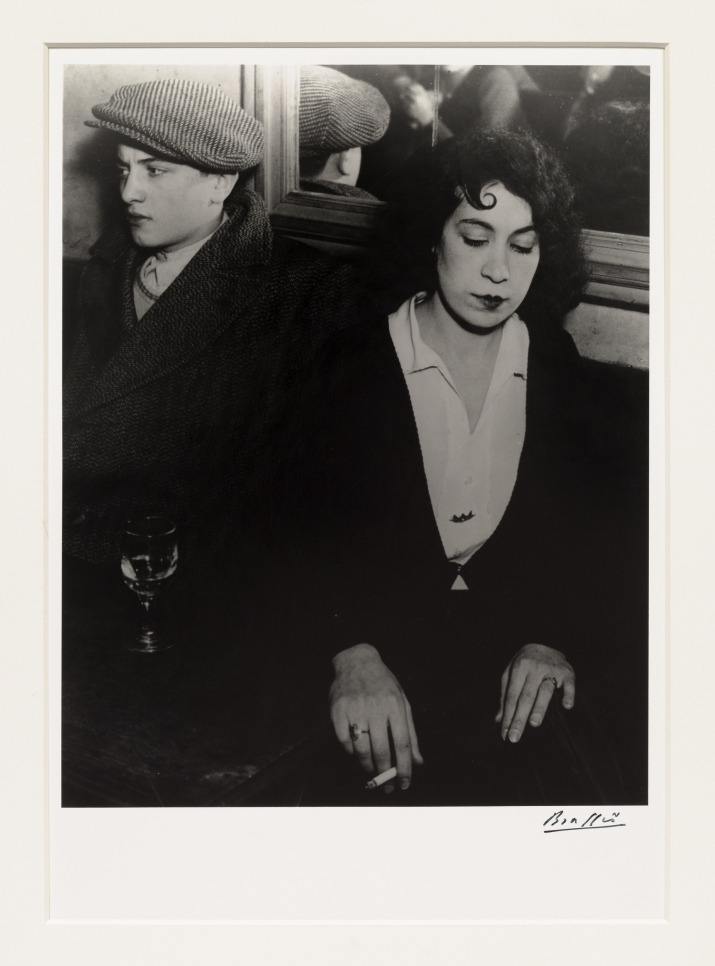 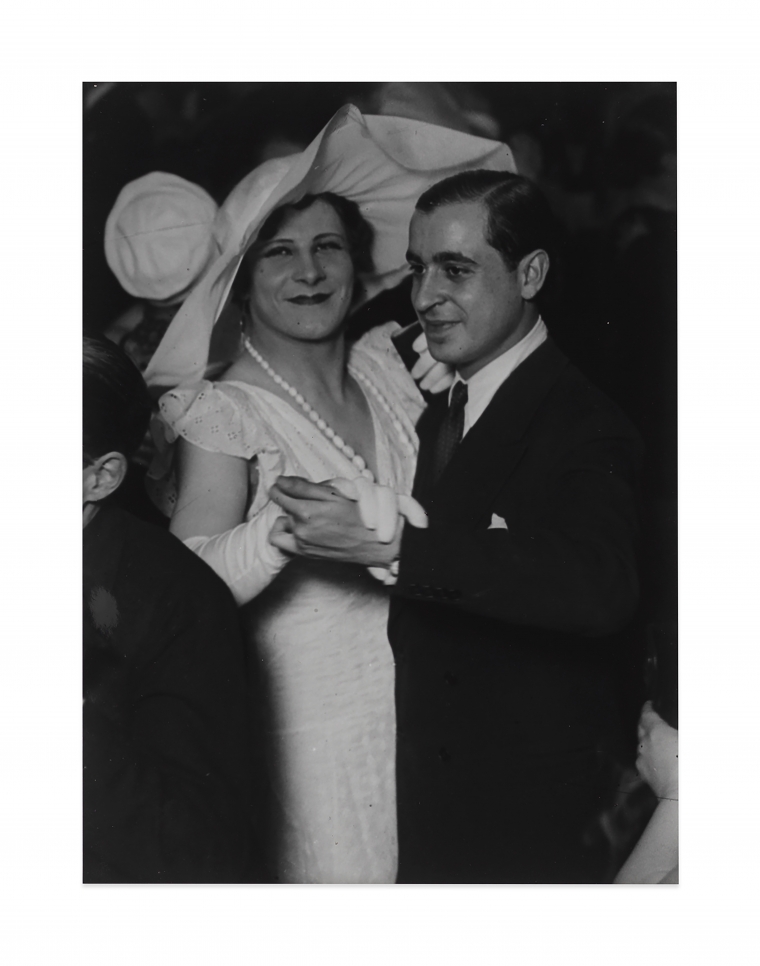 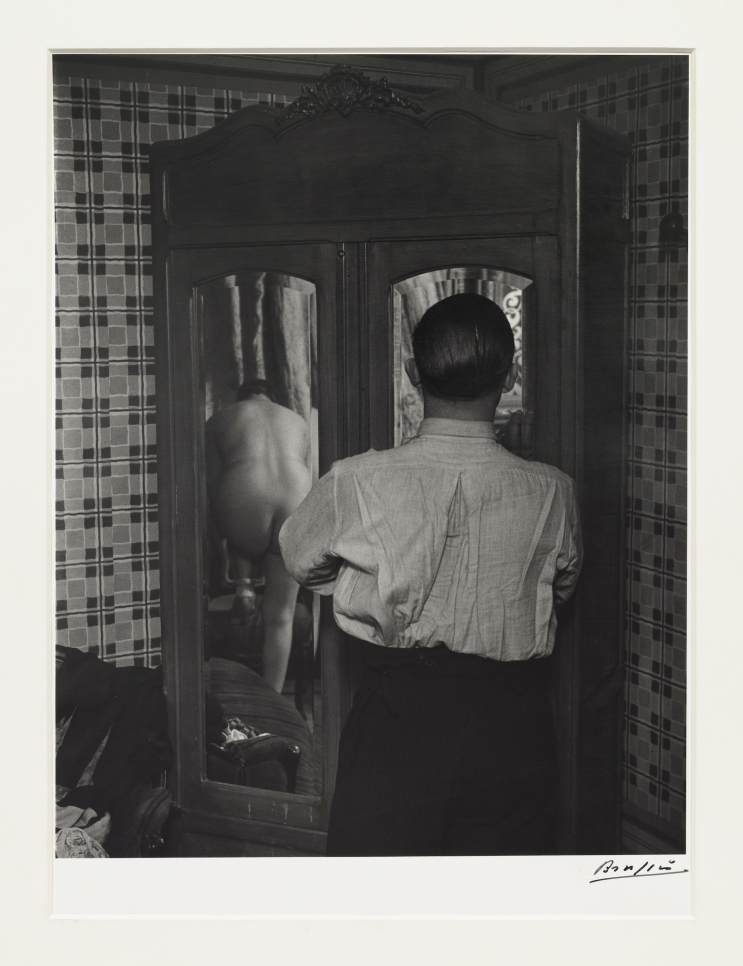 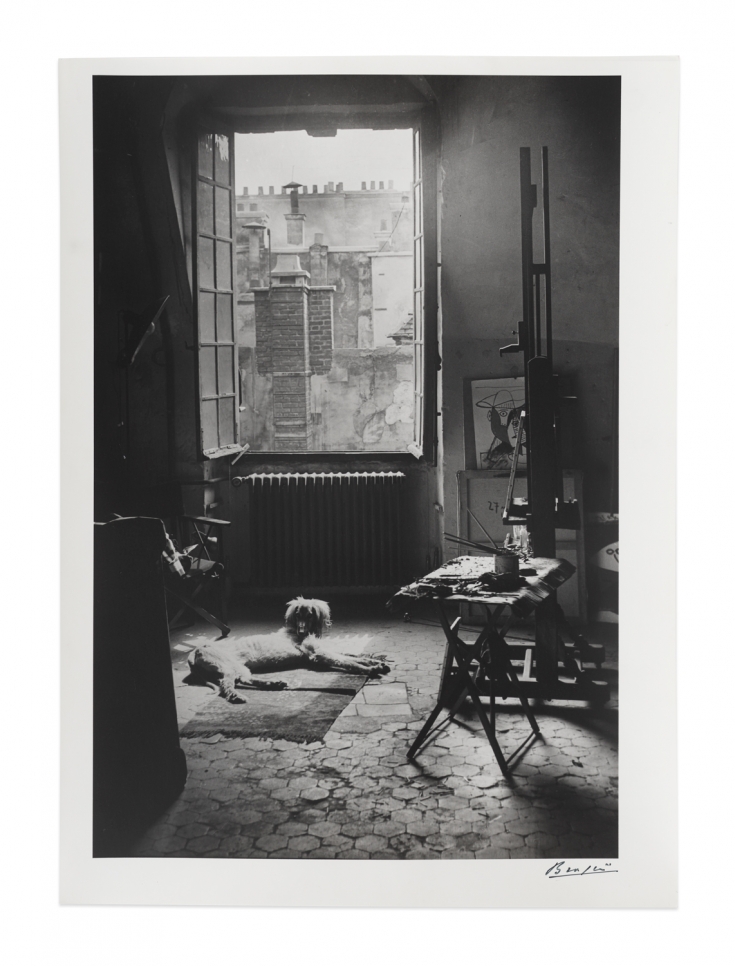 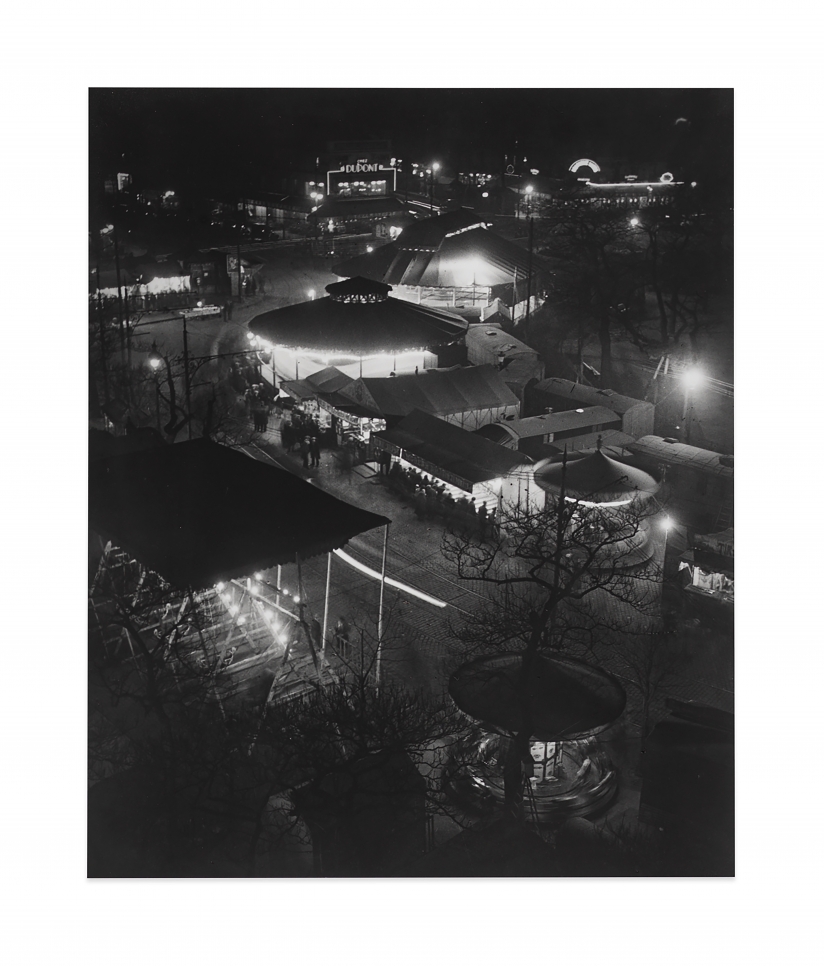 Born Gyula Halász, Brassaï (1899-1984) took his moniker from his hometown of Brassó, Transylvania, in present-day Hungary. He studied painting and sculpture in Budapest and Berlin before joining the Austro-Hungarian army, where he served until the end of the First World War. After his tenure in the army, he was drawn to Paris, where he had lived as a child while his father taught at the Sorbonne. Upon his return to the city in 1924, Brassaï gravitated towards the Montparnasse neighborhood where he began working as a painter and journalist. It was during this time that he met artists such as Pablo Picasso and Joan Miró. Within the next decade, he realized his love for the photographic medium and began documenting Paris at night. His explorations of the city brought him into contact with prostitutes, madams, and pleasure-seekers, whose photographs were compiled in to his 1933 publication Paris de Nuit.

With Paris offering endless promenades and an inexhaustible cast of intriguing characters, Brassaï was able to capture seemingly average citizens from a point of view that was anything but mundane. His nighttime photos have a grainy texture, and frequently lack the quality of a professional photograph. He preferred to shoot in this way because he believed that it reflected the darkness and peculiar personalities he encountered prowling the streets and bistros of nocturnal Paris. Brassaï’s subsequent book Voluptés de Paris was published in 1935 and gave the artist international credibility.

During the German occupation in 1940, Brassaï headed to southern France, only to return to Paris to rescue negatives he had hidden there. His unwavering dedication to his art earned him many awards and honors during his lifetime, including Most Original Film at the 1956 Cannes Film Festival and the Chevalier de l’Ordre de la Legion d’honneur in 1976. It was that same year that Brassaï’s photographs were first exhibited by Marlborough New York, followed by three additional exhibitions devoted to the artist between the Marlborough New York and Marlborough Fine Art London in 1979, 1982, and 1984. His photographs would later serve as the backdrop for Jacques Prévert’s ballet, Le Rendez-vous. Since his death in 1984, several large scale retrospectives have been held in honor of his work, including Brassaï: The Eye of Paris curated by Anne Wilkes Tucker, Richard Howard, and Avis Berman (Museum of Fine Arts, Houston, Texas, December 6, 1998 - February 28, 1999; J. Paul Getty Museum, Los Angeles, California, April 13, - July 4, 1999; National Gallery of Art, Washington, D.C., October 17, 1999 - January 16, 2000), and Brassaï, curated by Peter Galassi (Fundación MAPFRE, Barcelona, Spain, Feburary 20 - May 13, 2018)